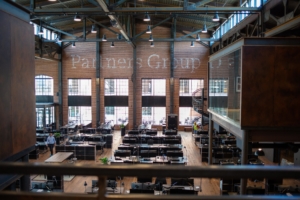 Despite poor weather – the Front Range received an unexpected five inches of early season snow – the celebration drew several dignitaries, including Broomfield Mayor Randy Ahrens and Jeff Romine, the city’s new economic vitality director. The weather did limit media attendance, so we set up call-in interviews instead with Co-CEO David Layton. As a result, we were able to secure coverage from the following media outlets: The Denver Channel 7,  The Denver Post, Denver Business Journal, BizWest, and Colorado Real Estate Journal.

This is the second time the Stasko Agency provided publicity and public relations support to Partners Group, which is based in Baar, Switzerland. We started our relationship with the firm, when it broke ground on the campus in December 2017.

At that time, Charlies Dallara, Chairman of the Americas at Partners Group stressed how vital the campus would be to supporting the firm’s U.S. business growth: “The state-of-the-art headquarters we are building here will be an important milestone for Partners Group, enhancing our ability to serve our clients and manage our investments across the entire Americas region. In Broomfield, we believe we have found the ideal location for our headquarters, with great transport connectivity, a welcoming and business friendly environment, a strong local talent pool and an excellent quality of life for our employees.”

The ground-breaking ceremony, which was attended by local government representatives, the building development team, and senior management of the firm, was documented in the Colorado Real Estate Journal.

Get 5 Secrets to a Successful Publicity Strategy

Sign up now and you will receive this helpful guide.