Hello Friends! The Stasko Agency is looking forward to the new year and all the possibilities of 2009! But, before we jump in with both feet…we want to leave you with a few highlights of an incredibly busy 2008:

March, 2008: The Stasko Agency joins the team of Interior Aqua Solutions (a distributor of Accents in Water) to help spread the news about their incredible interior water features.

April 2008: We provided some publicity services to the Urban Green Conference this past year. The conference included a Green Gallery, displaying architectural models of sustainable building concepts created by graduate students from the CU College of Architecture and Planning. These creative models gained a lot of interest from the television media! The winning project and recipient appeared on the Good Day Colorado Show.

June 2008: HUNI Hours, a monthly happy hour for neighbors and businesses to get to know each other, were in full force. This is the second year Lu has served at the Chairman of the Highland United Neighbors, Inc. (HUNI) Social Committee. 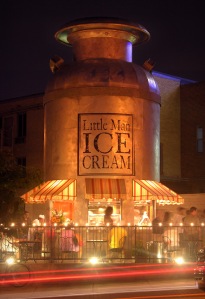 The top of Little Man Ice Cream was (oh so carefully) moved down Federal Blvd. – – big news maker of the day!

August 2008: Western Real Estate hosted the first auction of its’ kind in Colorado, auctioned off “new homes” priced in the millions 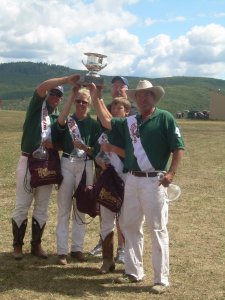 The Devereux Polo Cup was held in the Western Slopes and Hotel Colorado went undefeated yet again!

Our client, Mark Bulla, of Western Real Estate hosted the first auction of its’ kind in Colorado and auctioned off “new homes” priced in the millions. Rocky Mountain News ran a full page feature in the Business Section.

October 2008: The Colorado Business on Health held a conference at the Convention Center and Donna Marshall appeared on Fox’s Hot Box panel.

A makeover to reign in the new year consisted of an office remodel and a new website (coming soon!)

The Stasko Agency headed up to Hotel Colorado to decorate for the Holiday Season.

December 2008: Root Down, a funky new field to fork restaurant in the Highland, opened for business after several successful soft openings & a VIP party.

The Stasko Agency looked back on the year and gave thanks for the positive business opportunites and new relationships.

A Special Thank You goes out to all of The Stasko Agency’s amazing clients in 2008!

Taking a (positive) spin around the rink!
Scroll to top