Happy New Year! I am excited and hopeful about what 2012 holds, especially after such an eventful year in 2011.

Last year, The Stasko Agency developed campaigns to launch everything from a new outdoor gear protection system to comfort food-filled waffle cones. We also rekindled relationships with former colleagues and friends and helped them promote a variety of projects.

I am proud of what we accomplished and thought I’d share a few highlights from 2011: 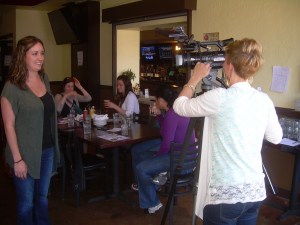 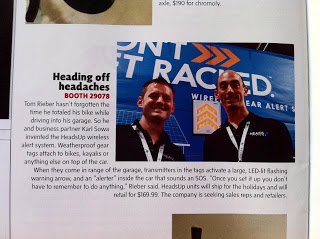 I look forward to continuing our momentum and making new connections in 2012!

I am absolutely thrilled about helping three old friends (who also happen to be successful entrepreneurs ) promote their latest achievements. Pasquini’s Founder Tony Pasquini, David Zucker, principal of Zocalo Community Development and Paris on the Platte Owner Faye Maguire all have very different businesses, but they share a pioneering spirit that I truly admire and I am excited about using my skills to shine the light on what they do.

Last month, The Stasko Agency spread the word about the re-grand opening of Pasquini’s Highland location, which Tony recently acquired. The event drew a big crowd and gave Tony a chance to reconnect with the neighborhood. I’ll also be helping Pasquini’s gain more exposure for the Lone Tree location as well as some new stores that will be coming on line in the next few months.

After a hiatus, The Stasko Agency is once again serving as the agency of record for Zocalo, a builder of sustainable, multi-family projects. On Thursday, we announced the firm’s latest project – a LEED Gold certified, high-rise apartment adjacent to Union Station. The story was picked up by the Denver Post and Inside Real Estate News. I look forward to providing updates on the project and Zocalo’s other developments, which include Solera and the recently launched 20/20 Lawrence Apartments. Here’s a great photo of David and Mayor Hickenlooper in action during the news conference announcing Solera’s groundbreaking.

Lastly, I encourage you to stop by Paris on the Platte Cafe and Bar on Friday, September 23rd or Saturday, September 24th as the cafe marks its 25th birthday. Friday night will feature music by the acoustic duo middleroad, while Saturday night will serve as a tribute to the cafe, with former and current employees and patrons sharing stories. The event, a benefit for the Colorado Coalition for the Homeless, will also include several musical performances and drawings for gift baskets and other items. Although the coffeehouse (and former bookstore) was one of the first businesses to take a chance on once lonely Platte Street, it managed to gather a devoted following of regulars who were known affectionately as “Parisites.” Congrats to Faye for building an institution that holds great memories for so many, including me! Here’s a look at me and my fellow revelers enjoying a “Little Black Dress” party at Paris two years ago. 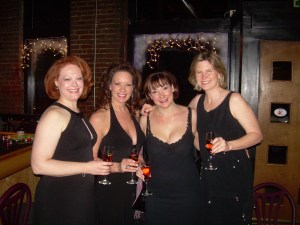